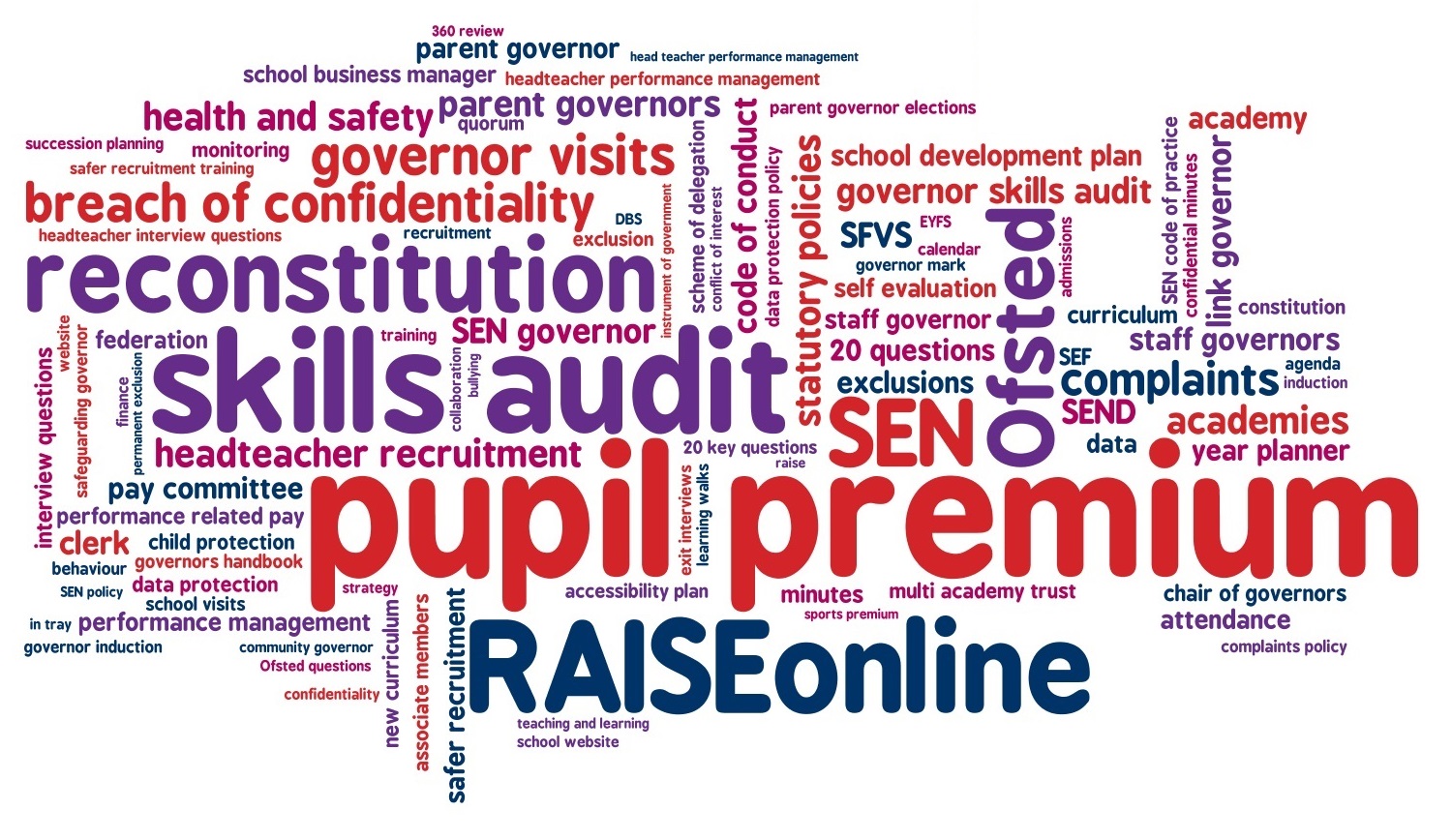 All Governors serve a four-year term of office from their date of appointment. The Headteacher can make arrangements for anyone to contact the Governors, and any correspondence should be addressed to the Chair of Governors care of the school address. The Governing Body meets twice a term – the minutes of meetings are available for inspection at the school office. Parents can contact the school if they want anything discussed at these meetings.

If a vacancy for a Co-opted Governor becomes available this is reported on our website.  Governors recruit new Governors based on any skills gaps within the existing Governing Body.  If you are interested in becoming a Governor, please contact the school and leave your details.

If a vacancy for a parent governor becomes available, the headteacher will send written notice of the election in a letter to be taken home by the children. Currently, school governors include (in alphabetical order):

We have two committees: Standards and effectivenss and Resources. Any decisions taken at any of these committees are always taken to Full Govenors for ratification.

Professional Bio: Mrs Crabtree has many years of experience teaching students from as young as 11 years to learners as old as 92 years. She has led on several education projects that aim to raise aspirations plus increase individual life opportunities by working with communities, to encourage and promote the love of learning.

One of Mrs Crabtree’s most important commitments is serving as the Chair of Governors at Mount Pleasant Primary School. She has witnessed first-hand the great work of the talented and hardworking staff and the impact that the school has made on the lives of children, local families, and the wider community.

Mrs Crabtree is a Director of Cowersley Out of School Club and Nursery which works with SEND children. She also works with Friends of Honley Library Children’s Book Festival which runs children’s activities to promote development in literacy. Her recent interests include the development of a Food Bank which are open to all needy households. She enjoys art and crafts, cake baking, hillwalking, cycling, playing tennis and is learning calligraphy.

Cllr Cooper has worked in the housing and energy sector since 1993 when he became Kirklees Councils first Energy Efficiency Coordinator. He went on to work for Calderdale Council introducing the UKs first universally free insulation for pensioners. He has since then worked on Regional Energy Policy for Yorkshire and Humber Assembly and has been Head of On-Site Renewables for the Renewable Energy Association and Director of Advice and Policy at Yorkshire Energy Services. He went on to be an Energy Consultant working for TADEA.

Cllr Cooper was elected to Kirklees Council in May 1999 as a Green Party Councillor and has been re-elected six times in the Newsome Ward. He proposed the UK’s first universally free insulation scheme which has seen over 50’000 Kirklees homes insulated in the district. In 2000 he initiated the Council’s Renewable Energy Fund which has seen Kirklees become the leading authority in the deployment of microgeneration technologies with over 5% of the UK’s Solar Capacity in the borough in 2009. In 2008 Cllr Cooper successfully obtained funding for the Kirklees Re-Charge scheme which provides householders with renewable technology for their homes with no upfront costs or monthly payments. In 2009 he was recognised in the Independent on Sundays list of the top 100 Environmentalists and was the only Councillor on the list.

As the Chair of the Resources Committee, Cllr Cooper is keen to see that the school site is not only fit for purpose, both has all the state of the art educational developments needed to ensure that the school is the most effective educational establishment for primary school aged children in the locality.

In his free time, Cllr Cooper enjoys a number of hobbies including walking, travelling and camping with his young boys.

Professional Bio: Mr Tonner retired from his job as a longstanding Headteacher of a very successful local Kirklees Primary School, and has been in the educational field throughout his whole career. Paul has previously served in various Governing Bodies including the Primary Referral Unit in Kirklees. As Chair of the Standards Committee, Mr Tonner is particularly interested in Safeguarding and Special Educational Needs.

Mr Tonner has many hobbies including cycling and skiing.

Professional Bio: Dr Williams graduated with a degree in Chemistry in 1977 and then undertook research work at Leicester University leading to a Doctorate in Organo-Phosphorus Chemistry.  After commencing his teaching career, Dr Williams quickly took on subject responsibility posts in teaching Chemistry and Science before moving on to Pastoral responsibilities. This followed senior management posts in four schools followed by eighteen years as Headteacher of various schools. Dr Williams became a National Leader of Education (NLE) in 2008 and a Fellow of the National College. He has thirty years of service as a school governor across eight different schools - most as Chair of Governors. He served as Chair of Governors for Mount Pleasant Primry School for four years from 2017 to 2021.

Professional Bio: Cllr Kaushik has a background in education having taught at high schools and colleges in Kirklees and Leeds. She is a fully qualified Information, Advice and Guidance professional and worked in partnership with both voluntary and statuary agencies across Kirklees.

Since 2016, Cllr Kaushik has served as a Local Councillor in Kirklees bringing in extensive experience of working with the local community.  As Councillor, she has been a strong supporter of local sports and youth clubs in the area and has also worked with disadvantaged individuals to better access education. She is passionate about helping young people develop and access opportunities that aid them in realising their full potential.

Being a mother of two children who are now at university, Cllr Kaushik understands the challenges faced by children and how important it is to equip them with the skill sets and resilience to realise their ambitions. She is keen to see Mount Pleasant Primary achieve its goal of becoming the best Primary School choice for local families.

Professional Bio: Mrs Palmer has over 40 years of experience in working with children and young people teaching Theatre in Education and Youth Theatre. As a qualified teacher she has taught in Kirklees across both primary phases from Year 1 to Year 6. She has supported colleagues as a Literacy Consultant and has spent the last 10 years tutoring Early Years and Primary trainee teachers at the University of Huddersfield. Throughout these years, Mrs Palmer has served as parent governor, staff governor and co-opted governor in several Primary schools across the authority. Her most enjoyable school is Mount Pleasant Primary School where she has been governor for 6 years now – a place she describes as a most successful, exciting and caring school.

Mrs Palmer has a great interest in all forms of the arts and believes strongly that developing creative learning experiences, both inside and outside the classroom, promotes a love of learning that supports both academic and social success.

Appointed by: Election by the School Staff

Professional Bio: Mr Archer has been a teacher for over 30 years, working mainly in secondary schools, starting in London to the Midlands and then and moving to Yorkshire. He has held several positions including leadership roles.  Mr Archer is currently teaching Mathematics at Greenhead College.

Mr Archer serves as a Trustee on The Sheiling Trust UK supporting education overseas. He also works for the UK Alumni for Hebron School, India where he attended as a pupil, recruiting and interviewing staff in the U.K. During the summer of 1999, he arranged a trip for 125 people to India visiting the school where he had attended as a pupil.

Mr Archer is an active member of his local church and has been involved in several outreach programmes into the local community. This includes organising Christmas lunch for many families on Christmas day.

Mr Archer is a keen musician and plays the piano and keyboard; he enjoys listening to music. Other interests include travelling.

Appointed by: Election by the School Parents

Appointed by: Election by the School Parents

Register of Business Interests for Governors